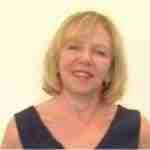 Maggie is HR consultant with TietoEnator in the UK. TietoEnator is the largest IT service company in the Nordic countries with a turnover of about 1.5B EUR Maggie is responsible for HR services to 300 people in 3 locations and the recruitment of IT specialists and top end sales people.

Where and when do you do it?

To an extent everywhere but particularly at work. We’ve had a number of redundancies where I can I use my network to help people.

I’m continually developing my relationship with recruiters and training agencies and anyone I meet where there is something in common.

About 60% is on the phone and 40% face to face. I use outlook and keep an excel spreadsheet of my address book complete with birthdays and other relevant information.
Networking is so much a part of me that it’s probably going on in the background even when I have time off!

What specifically do you do?

In a way it starts with a mental attitude – I’m interested in people. And I believe everything in the end comes down to people.

I think it’s important that you’re precise about what you can and can’t do for people. I always ask for what I want and encourage others to do the same. If I can’t do something I’ll say so up front and offer some alternative approaches.

When I was younger I used to take on more than I could handle and became ‘overloaded’ which didn’t help me or anyone else. I’ve now developed the capability of being very clear about what I’m taking on.

I don’t think it’s effective when you only contact people when you need them.

How did you become good at it?

I’ve always been a party animal so I intuitively have many of the skills.

One thing that I think is important that even while at school – (which wasn’t always the happiest days of my life) I made a commitment to continually improve my ‘people skills’ – and have made a conscious effort to do ever since.

If you were going to teach me about it, what would you ask me to do?

I don’t think you can just turn on networking; I’d want to know what you do now before advising you.

However I do think it’s important that you’re upfront and honest about what you’re doing. I think we’re all switched on enough to spot people who are trying to manipulate us.

If someone was starting from scratch I’d suggest keeping a record of everyone you came across with a common interest and kept in contact from time to time. However be natural – I don’t think its something you can force.

What do you believe about yourself when you network?

I’m interested in people and really enjoy human interaction. As I said before I think everything comes back to people.

I think networking is easy; and yet while I’m quite ‘gutsy’ I can occasionally find it difficult to go up to people I don’t yet know. I guess that the way you respond is the challenge, and being able to positively manage any apprehension is vital.

I’m a good listener – I can repeat back what people have said, and I seem to have the ability to naturally ‘absorb’ what people say and anything about them.

Do you have a personal mission and or vision when you network?

Helping people and asking people’s help – it gives me great satisfaction! I also think I “walk the talk” when it comes to “doing as you would be done by”.
I think it comes down to simply making a difference to others, it doesn’t have to be a “grand gesture”, just the right thing at the right time and place.

Back to: NLP Networking