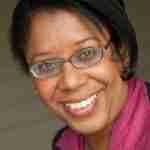 (You can listen on the following MP3 file, please allow 2 minutes to download)

Michael : Firstly I’d like to thank you very much for taking part in this conversation on leadership and Troublesome Talent. To kick it off, could you give our listeners a brief introduction of who you are and what you do?

Judith : Sure no problem I’m Judith Germain, a leadership specialist and I spend a lot of time working with people that I call mavericks or troublesome talent which I define as wilfully independent people

Michael : Would you like to put some more words around that? A little bit more detail of what a Troublesome Talent is?

Judith : Well Troublesome Talents are people that really don’t compromise their standards to fit in. Which means it can be very hard to manage them in a conventional way.

Michael : And why do you think this topic is important to companies?

Judith : I think that it’s really important because the way that the world is going now is that you have to be very innovative if you want to grow your company, and increase market share, you’re going to have to do things that are different you need to be a bit more unreasonable and to break the status quo.

Michael : So building, are there particular situations or contexts where you really need these people?

Judith : Yes, if you think about your talent pool, troublesome talent tends to be as much as 20% of this talent pool, but they can be bringing in about 80% of your profit. So situations where they’re really, really key is where you need to make a shift change perhaps maybe after a merger of acquisition, a change management program where you really need to have somebody, or a group of individuals that can really look at what the company has been doing in the past and see a way forward.

You know, like a Richard Branson or a Ricardo Semler.

Michael : Are there times when they’re not useful?

Judith : Well I’d rather say that it’s not a case of they’re not useful, I think maybe the point that you made earlier about whether or not they could be dangerous or not would be a better question in some respects and I think troublesome talent can be very dangerous when they feel restricted and they have very little autonomy and when they feel they don’t feel like they’re getting the recognition that they that they deserve.

Michael : Well that moves us onto the next question, what’s the reason that you think they need special attention?

Judith : Because they’re very sensitive. And they believe that they’re very unique to everybody else. So the thought of being managed in the way that everybody else is being managed is not something that they like. Also, because of the way that they think, in terms of that they need structure, without structure, it means that you can’t take a single approach. So a lot of things that happen these days people will look at things like Talent Management and believe that what they have to do is treat each and every employee the same way to be fair and consistent but that’s not going to work for the troublesome talent, because you do need to treat them differently if you wan to get the best from them.

Judith : I think that the first thing you need to consider is not to take a management approach with Troublesome Talent but to take a leadership approach.

Judith : Well managers tend to be very administrative, very task orientated, very this is the rules, and you need to follow the rules. And I say that leaders are more interested in the outcome, and the best way to get that way. So a typical maverick, a typical troublesome talent would say ok you want me to increase profits by giving the best customer service, but as a manager you’re saying to me that I need to spend two minutes with each customer call. So the troublesome talent would say actually that’s not really applicable, if you want me to give great customer service, you need to give me the flexibility to choose how I spend my time in that day.

Judith : Yes, I was working with one particular company where they had an individual, a troublesome talent, who was pretty much carrying the company. They were a manager, and in their department they were pretty much adding to 30% of the companies profit, but they were quite wayward in the sense of this individual, if he had a member of staff that wasn’t performing he would just say you’re rubbish and I’m going to sack you – obviously for them it caused lots of moral issues.

The director in charge of the individual didn’t know what to do. So I was working with the director you see. He wasn’t quite sure what to do because he knew that if he didn’t manage this guy properly the director would get sacked and obviously the guy wouldn’t be performing. So what I pretty much did was work with the director so he could understand what was driving the individual, the appropriate ways to work with him, so he could actually harness that talent rather then just ignoring it – because the thing with troublesome talent, is they know they’re very good and if you don’t manage them in the right way, they will take control.

Michael : And what was the result?

Judith : Well before my intervention the company was loosing a lot of staff, and costs were increasing through staff turnover, increased sickness and moral issues so people were starting to not want to work in that department. They started loosing staff in the market, where it’s pretty difficult to get the right employees in, in the first place.

And afterwards the manager was really starting to enjoy himself because he could see that he was adding to the company, and he was being recognised for what he could do, and one of the things that was frustrating him was that he couldn’t understand why he wasn’t being promoted, and why the company wasn’t really that happy with him even though he was actually brining in profits for the company.

Michael : Before I ask you to give your contact details so anybody that wants to can contact you is there anything else that you’d like to add on the topic of leadership or troublesome talent?

Judith : I think all I would add is that troublesome talent really sums it up. These are people that are talented, but they only really become troublesome if they’re not lead properly, so I think one of the problems is that troublesome talent tends to get avoided if they don’t go on talent management programs and they’re not really awarded for the good things that they can do, because people want to control them or just take away the very talent that’s made them successful.

Michael : And if anybody wants to contact you to discuss this further how do they do so?

Michael : Ok, thank you very much

Back to: NLP Leadership