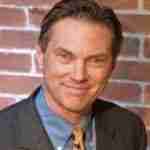 Michael : Firstly if I could just thank you for taking part in this podcast. Can you give our listeners a brief introduction to who you are and what you do?

Michael : What do you understand by ‘hypnosis’? How would you define hypnosis if somebody asked you?

Doug : Oh boy, that’s a great question. I do a lot of seminars where I have to expose people to hypnosis for the first time. Everybody seems to have this idea of what they think hypnosis is, it’s one of those words that makes people go ‘Oh! Yeah, hypnosis, yeah.’ But nobody, I think, really, truly understands it because they have a lot of misconceptions based on theatre and stage hypnosis, and movies, where people are under the control of the Sven Gali type person. And it’s not just that, I think hypnosis is …. an unfortunate word!

For example when I’m working with a client that wants to quit smoking, I do more traditional transinduction work, where I will relax them and then give them suggestions that they will quit smoking – And that works for most people, it works very well.

There are other situations however where I feel that hypnosis is a natural state, its the type of state you go into naturally on a long run, or when you’re driving your car without thinking, but your body is doing it, you’re driving the car perfectly safely, but your mind is elsewhere. This sort of automatic behaviour is a trance. And I think really in a sense that’s where the opportunity lies for true realisation of the phenomenon, because as an example, I think most problems are trances – for example if someone raises their voice and you go into this ‘oh god I can’t handle this’ confrontation, then that’s a trance, from childhood associations probably, of loud voices or whatever, but its a trance.

As you’re going into a trance which isn’t very productive, and I think trance sometimes is a de-hypnosis, where you’re hoping to get people out of those unproductive trances and get into more automatic, unconscious behaviour that’s more productive. It’s just as automatic, but its a positive trance if you will.

Michael : What drew you to the subject? and tell us some of your background in it.

Doug : Well, a long time ago, at this point, I was working as a musician in New York city, and I was brought to a Tony Robbins seminar on how to walk across hot burning coals, and I thought it was the silliest things that I’d ever done, but to my surprise I was fascinated by what he was teaching, this NLP, Neuro Linguistic Programming, and I got involved, and I started taking more and more seminars from more and more people, and it seemed like the better you got at NLP you could do this thing called hypnosis, there was this thing called Ericksonian Hypnosis, a lot of NLP apparently came from Milton Erickson.

So I said ‘Ok, I want to learn that!’ so I start doing whatever I could to do to learn more of the subject, and I’ve taken seminars from whoever would teach me. sometimes I’ve snuck my way into seminars that I wasn’t supposed to be, because they were kept away from the riff-raff, that’s supposed to be taught the people with PhD’s or whatever.

I was a musician, I had many degrees et cetera, but none were in the field of psychotherapy, but I did what it took to do all of this stuff and have a great understanding.

Michael : How’s it helped you personally?

Doug : It’s exceptional. I don’t know who or what I’d be if it weren’t for NLP and hypnosis. it’s been a life changing event. From the behavioural side of things just by stopping smoking or losing weight, I have an ability, I chose to exercise it by the way, I don’t think everyone always does and certainly I can’t claim to always do it, but I have the ability to effect change on a behavioural level when I want to. And also it’s been enlightening and empowering in a lot of ways, just as a quick aside.

Back in the seventies, there was a lot of talking about a lot of things, a lot of live experimentations with altered states that but they were mostly chemically induced, I was also interested in Eastern philosophy, meditation and that sort of thing. It wasn’t very well centred, if you will, and I think what hypnosis offers is an ability to utilize altered states in a useful way.

So it’s really helped me utilize my totality as a human being much more than I would have done otherwise. So it’s behaviourally important to me but also – I don’t want to use the word ‘spiritual’ but humanly important to me as well

Michael : Now you would have already answered some of this, but what do you think are some of the general uses of hypnosis?

Doug : Well most people I work with across the country, and the world, I guess, is in behavioural change – people want to change something in their life that they’re unhappy with it’s often stuff like smoking or weight loss.

Weight loss is very large if you will, it’s a heavy issue for many people – but, it is. And so are changes like stopping biting nails or any number of behavioural changes – but also things like emotional reasons, people have fears and phobias, traditional NLP approaches if you will. But typically what it comes down to is your response to stimulus, your response to the world and how are you responding to what the world is giving you.

And hypnosis helps you to have better response, to respond the way you want to, other than the way you sort things out habitually or

So I’ve come across ineptitude, but I don’t think it’s very easy to really screw somebody up with hypnosis, I think we have a lot of our own natural safeguards, to protect ourselves, I believe that – so people are free to go off and explore

If there’s someone who wants to quit smoking, as an example, they might find someone who’s not very good at it, so they don’t quit – but it doesn’t mean that hypnosis doesn’t work, it’s just means that they came across an inept practitioner, so try it again, find someone else, or maybe it wasn’t that person, maybe they just had a bad day or there was more of the onion to peel, if you will.

Michael : What do you think are the characteristics of a good hypnotic subject?

Michael : Yes. But looking at things the other way then, from the other half of the partnership – what makes a good hypnotist?

Doug : Interestingly, primarily, I would say, is the ability and the willingness to pay attention to the subject, to the client, to really see who they are. Milton Erickson used to say that people are only as individual as their programmes, which is a great way of saying it, and then it’s also important to know that seeing that’s true – how do I interface with this particular individual that would be different to how I interface with somebody else, so it’s that flexibility, and the flexibility in that ability to change, your approach, and certainly to realise what that is. To listen, to appreciate the needs and individual characteristics of the people that you’re with.

Michael : Taking it a stage further, are their any particular different characteristics of somebody that teaches hypnosis well?

Doug : Well, let me put it this way, I’ve learned something from everybody. There is nobody that I could say was a waste of time. Even with people that were one trick ponies, where they had one way of doing hypnosis, a ‘deeper, deeper, deeper’ kind of thing I learned something from there, and I still do to this day, I can pretty much point to who I learned what from in any different situation.

I have met people out there who think- who believe they’re got it, they’ve learned it all and they’re sharing their wisdom with the multitude, but frankly those people have good things to teach, but maybe just once, but the people that are still really exploring and asking ‘what is this’?’ and ‘what is that’?’ people like that, I keep coming back to explore with them, if you will. So people like Brad Keeny, like Steven Gilligan, that sort of person, I will go back to again and again.

Michael : Before I ask you if there’s anything you’d like to plug before you give your contact details.

Doug : Hypnosis is just an incredible thing, and what it boils down to is being human, and whatever area of life there are humans, hypnosis can be applied. Whether you’re a farmer, whether you’re a fireman, whether you’re a businessman, there are applications of hypnosis that can improve anything that you’re doing. even if you’re on a tractor all day long, going back to a farmer, you’re in a trance during that period of time – you’d might as well use it – you might as well utilise that opportunity to make life more enjoyable.

It’s always possible. Hypnosis is a real phenomenon, it’s how our brain works, we operate through patterning and automatics, and the question is not ‘can you go into trance?’ the question is ‘what kind of trance are you in and how productive is it for you?’

Michael : Before you give your contact details is there any activity or product that you’ve brought to market that you’d like to mention.

Doug : There’s a bunch of things that I have available as CD’s, as products, but there’s one thing that I’m very proud of that doesn’t seem to get a lot of attention which is a website. I have two websites, one is n www.eicksonian.com and one is www.ericksonian.info so it’s Ericksonian, as in Ericksonian hypnosis – I’m very proud of it, I have interviews on there, it’s free access for people to go on there and get interviews, I have one with David Gordon, Dan Milman, and Steven Gilligan has an article that he’s just submitted to it. There are a variety of wonderful people on there, and there are also scripts and transcripts, and a wealth of information that’s there. so I’d like to encourage people, I’d love for people to tell there friends about it, I’d love for people to be aware of it.

Michael : And can you give us your contact details?

Doug : As I’ve mentioned before www.ericksonian.com, that’s my commercial website where you can get information on seminars, and I’m teaching throughout the world, and also cd’s and dvd’s that I have available on there on there, so probably the easiest thing is for people to remember that or to email me at [email protected] you could just do that

Doug : Thanks it’s been my pleasure, thank you.