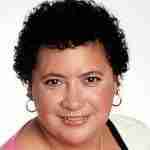 Michael : I’m delighted to have Stephanie Philp with us today and we’re going to talk about the important subject of resilience.

Stephanie: can you give us a very brief introduction of who you are and what you do?

Stephanie : Thanks Michael, it’s nice to be here.

My name is Stephanie Philp as you’ve already said. I’m an NLP trainer and coach and I’m based in Raglan in New Zealand which is a small surfing community where I run NLP trainings.

Michael : We’re going to be talking about resilience. So what is resilience to you?

Stephanie : I have got a couple of dictionary definitions which I think will be useful to start with.

One is the ability to recover quickly from illness, change or misfortune. In other words buoyancy.

The second one relates to ecology and it’s the ability of an eco-system to return to it’s original state after having been disturbed. And I particularly like this definition because the mind and body are also a system so it fits in with human beings as well.

The third one is from Maston Desmond Menzi 1990, it’s; ‘Resilience is the process of, capacity for, or outcome of successful adaption despite challenging or threatening circumstances.’

We can all be in challenging or threatening circumstances at different times in our lives. So my definition is that resilience is your ability to expand your comfort zone so you can adapt easily to increasingly challenging situations.

If I can explain this a little bit. Let’s say that you have a comfort zone. Let’s say for metaphorical sake that your comfort zone is your house. Most people feel comfortable in their own house and if you never go out of your own house you would have a very limited comfort zone.

But if you went across town or across countries frequently enough you would expand the zone in which you feel comfortable – You’ll feel comfortable outside of your own house and in some of these other situations as well.

In other words you will have become more adaptable.

Of course, expanding your comfort zone is not just about feeling comfortable in different places. It’s about challenging yourself to do different things or to do things differently so you can then feel comfortable in those situations as well.

It’s about growing really. Mentally, emotionally, spiritually. and perhaps in other ways as well.

Michael : Why is this important?

It will be easier for you to take on new challenges or come up with new situations that you’ve found difficult in the past the more that you actually do this.

The more we can expand it, the easier it is for us to come up with new situations that we haven’t dealt with before.

Michael : Now let’s go back to resilience. Looking at almost the ‘bad side’, how would I know if I needed some more resilience?

Stephanie : If you needed another dose – another shot – of resilience.

You might feel stuck or incapable of doing something. Feeling like you’re not bouncing back after an upset.

All of those things might indicate a low level of resiliency.

Michael : Say that I felt that I had those things and I came along to you for some help. What sort of things would you do?

Stephanie : Michael, it depends on what the problem is.

The first thing that I do is watch, listen and ask questions, because it’s not a cookie-cutter kind of scenario where everybody is the same. Once I’ve determined what the problem is then we’ll determine together what the best way forward is for each individual person.

Michael : So, as you’re saying, there’s not one answer, there’s a variety of answers.

Just tell me again some of the typical issues that you could deal with by giving people solutions to resiliency.

Stephanie : Probably the one that I see most frequently is that people are overwhelmed with the things that they have to deal with in their life. And I always feel that people can deal with one-or-two things but then they might get ten things that crop up.

They’ll say that their son’s not coping at school or that they don’t like their job – They’re not feeling well in terms of their health. They’ve got some financial issues.

So it goes on like this and it turns out that there’s a whole lot of issues and because these things are going around in their head they feel completely overwhelmed, they don’t know where to start or another way of putting it is that they can’t see that wood for the trees.

And then they become paralyzed by it. That’s the typical one.

Michael : Now, building on what you’ve said. Say that somebody else came to you that had some financial worries or concerns. How would you tackle that?

Stephanie : I think that one of the most useful ways is to get it outside of the person’s head, because part of the problem is that they are not dealing with it externally. All of these issues are floating around and around in their head – So much so that they need to lie down to recover thinking about it sometimes.

So, even just getting a piece of paper and writing externally what the issues are – Not ‘Massive debt’, but what the actual issues – What the actual amount of debt that they have is.

So put them all on a piece of paper that’s external to yourself so that you can see yourself externally.

Because we’re all working systems, each one of those things is probably going to relate to another one. So if a person is worried because of debt, it might be also that that’s having an impact on their ability to talk with their children.

When they start dealing with one issue, it’s going have an impact on one or more of the other issues as well.

So what tends to happen is, that when they start to focus on one issue, and start dealing with that, it will have a little bit of an impact on the others. Then the next week they’ll have an issue that will impact upon two or three of the others.

By the time that they get through to the least significant of the issues they’ve already been resolved by dealing with the first ones.

Michael : Now, say I came to you because I wanted more resilience, what would my responsibility in the interaction be?

Stephanie : Well, your responsibility first and foremost will be to realize that everything could be solved. Everything is solvable.

And that by resolving the issues you will learn and you will grow as a result of that. And because I think that the underlying problem is that people lack resilience they feel that they can’t solve it and work their own way out, and of course that contributes to the problem – that just throws another layer to the issue.

So recognizing that it can be solved – If there is somebody else out there that has resolved it than they can too.

Having that belief first of all is of key importance.

Michael : Moving on form this, what are some of the long term benefits for all of us in developing our resilience?

Stephanie : One of the things that’s most important is to change the way that somebody thinks because often they’re focused on the negative, and when they change their way of thinking – even the way that they talk to themselves – Then that has a major impact on how they feel.

They start thinking ‘Yes, this is solvable’ and so if it’s solvable their mind will then start to generate ways to solve it.

That changes their outcome so that they become more positive. They’re looking for the sunny day rather than think it’s only raining.

I think that another thing that is really important is that they surround themselves with positive and supportive people because if you’re surrounded by people who are negative and only want to drag you down no matter how much you try to get out of the overwhelm or the non-resilience, other people can and will pull you back.

I’ll give you an example of a client who was a new migrant to New Zealand and he worked in a hospital as a nurse. He came to see me because he was depressed. He was on medication. He had a belief that it was hereditary because his father and grandfather were depressed and his uncle had committed suicide because of depression.

So he thought that was the way it was. I pointed out to him that it was just that he had copied their thinking patterns as children do when they’re growing up. He felt that he couldn’t cope with driving the vehicle as a nurse, that he couldn’t learn the computer system and he was getting depressed when he was at home and it was effecting his relationships.

So those were some of the issues that he came to see me about. So we talked about how he could change his way of thinking to start with so he could notice when he was talking to himself and to notice how he felt as a result of that – and change it to positive ways.

I had him focus on five things each day that he was really grateful for. So when he was out driving he could notice the scenery around.

When he was at work he could also notice that other people also could not work the computer system, that he wasn’t the only one and if he only just took a little bit of time to relax he could actually learn.

The difference was that he came off of the anti-depressants rather than not learning new skills and then continuing to be on anti-depressants because he would continue to be in that depressed state again.

He was achieving much more success in his job. He was a lot happier. His relationships improved.

And people commented to him that he seemed a lot brighter – Had he cut his hair or something?

Michael : Excellent. As we’re coming to the end of this recording, is there anything that you would like to emphasise because you think it is really important, about resilience, or is there anything new you’d like to finish off with?

Stephanie :What I’d like to say is for people to do something that gets them outside of their comfort zones. Even if it’s something little, it doesn’t have to be anything major.

If they could do something each day that’s a little bit different from what they would normally do, they would start to expand their comfort zone and feel more comfortable in lots of different situations.

It’s [email protected] – I just picked the most difficult word in the dictionary for my domain name.

That’s the best way to get in contact with me.

Michael : Thank you very much for your time.

Back to: NLP Health and Resilience