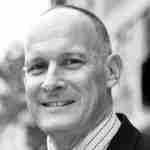 Derek : My name is Derek Bishop from Abeo consulting, and I specialise in two main areas; firstly around enabling organisations to significantly improve their customer service and hence increase customer loyalty so that they’re not losing so many customers and therefore becoming more profitable.

Michael : That sounds two very useful things. What sort of sized companies do you deal with?

Derek : They tend to be medium to large multi-national, global organisations, I guess the key is that they’ve got a sizable enough service operation that we could deliver significant improvements.

Michael : What experience have you had that’s enabled you to do this? What’s your background?

I recognised that whilst I was in a large corporate I never took on a role that was stagnant, what I became was an internal change agent, and so typically I was asked to either turn around an existing department or division that was not performing that well, and dramatically improved the performance, or actually to start up new operations, so if we’re taking a new proposition to market and we had to design a customer service or an operational area to take that new proposition to market then I would design it from scratch and implement it.

But once we improved the performance of the existing team, or when we set it up and got the new proposition running, I would then go on to move onto my next internal assignment.
So I became a bit of an internal improvement person, all around the customer service and outsourcing area.

Derek : A change project for me is around bringing about some business change which improves the way the organisation performs, but fundamentally it has to deliver some improvement and some real benefits.

Now for me those benefits could be in any number of areas, because you’ve got a range of stake-holders, they could be for the customer, they could be for the shareholders of the business, the employees, or perhaps the actual community as well. So for me it revolves around improving some sort of performance, and typically it involves things around people, process and technology.

So I guess that’s what I view as change. In terms of transformational change, it’s the scale of the change for me, and this is where I’d be looking at making a significant shift or a paradigm shift of the way that an organisation operates. And it will typically involve some significant cultural changes well, there may be perhaps a change of vision or strategy for the organisation or perhaps a fundamental change to the core proposition.

Michael : So if you’re advising a key sponsor, the actual final owner of the change at the beginning of the project what sort of things would you advice him or her before they actually started?

Derek : I would kick off initially by thinking about the sustainment of the change. Think about, not just implementing the change but how it’s going to be sustained in the long term, because I’ve seen so many projects that focus on implementation, but then you go back six or nine months down the line and actually the improvement hasn’t been sustained and so they’re not really delivering the real benefit, that they were aiming to achieve. So I think about that sustainment right at the beginning.

So in the next level down, in terms of the change project itself, I have an analogy whenever I’m looking at a project, which is: first of all, to understand the game, and that is, what it is we’re trying to achieve and the boundaries in which we’re trying to achieve it understand the rules of the game in terms of constraints that the sponsor is going to be under, in terms of the real parameters and then the standard of players, and the players in terms of this project is really about stakeholders knowing who the stake holders are, knowing how to manage them, because delivering a change project is not something a sponsor can do in their own right.

It has to be all the stakeholders onboard to really deliver the programme, it’s not something that a sponsor can do on their own.

Michael : That leads on very well to the next question. Why do you think it is that a lot of change projects don’t succeed? What do you think the main reasons are?*

Derek : For me, just thinking about the stakeholders you get a lack of executive support or input into the project. Or lack of user input. If you think about your stakeholders, you’ve got senior management within an organisation, you’ve got the end users of the system, the new process’s and often you see a lack of input from those areas.

Then you’ve got some areas around not having clear objectives or expectations around what the project is going to deliver, not capturing the right business requirements or not defining what it was you really needed.

Michael : Is there anything to add to those?

Derek : I think what you see is once the project kicks off, there’s quite a lot of momentum. If it’s a large project, you tend to find that some of those areas like the communication, start to break down as things go on, so for me keeping the momentum going is one of the thing that makes a difference between success and failure.

Derek : For me, a project has to have a good change leader, and that will make the difference between a projects success, a projects failure or something in the middle which is a challenge project, a project that does quite deliver all of the benefits or goes over budget.

And for me a change project will only be successful if it has the right change leader at the top. And the change leader is not just about delivering the tasks in the project plan, it’s about delivering the end result that is needed within the organisation. So a change agent should think about the real reasons for doing this, and what organisational change needs to happen, not about getting the individual tasks done within the project.

The second one is around insuring that a business is ready for the implementation of the project is geared up, it’s not just implemented and done to people, the organisation is ready to roll.

And also being accountable for the achieved benefits. You need to make sure that people are responsible for the results and benefits that you’re looking to achieve through the project.

Michael : Is it actually the change agent that’s responsible for achieving them?

Michael : Before I ask for your contact details, is there anything else involved in running a change project that you feel is important that you feel we haven’t covered?

Derek : We started earlier on talking about needing to think about sustainment. The other point that I’ve been working with organisations is often they do not consider the full impact, or opportunity that a change project has.

So either this leads to a project not achieving it’s full success, or that it doesn’t actually leverage the full value that it could out of the project, and so it’s a bit of a missed opportunity, I’d really challenge an organisation to understand the full range of opportunities that a change project has.*

Michael : Could you give and example of that?

Derek : For example, in some of the customer service programmes that I’ve worked within an organisation has looked to improve processes, in terms of getting more efficiency so they can maybe reduce the cost of servicing their customers, but what they haven’t done is look at it in the light of – Actually to change the process in this way, it will save us money, but if we did this bit slightly different we could actually improve the customer service and have a direct link with improvements in customer loyalty.

Michael : I totally understand that Ok, Would you give your contact details?

Derek : People can contact me through email, and my email address is Derekbishop@abeoconsulting.co.uk or they can phone me, and the easiest number to phone me on is my mobile which is 07814038017

Michael : Thank you very much Derek.

Back to NLP Change Management