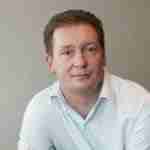 (Please allow up to two minutes for the MP3 file to download if you want to listen to the discussion.)
http://nlp-expert.co.uk/sales/Willem.mp3

Michael : Thank you very much for taking part in this talk on successful selling. Can you kick it off by introducing yourself?

Willem: Sure. I’m happy to do that. My name is Willem Van Enter. I work for Oracle. I’ve been in sales roles basically all of my life. Selling software mainly, but also hardware. So I’ve been in many markets – So I’ve been with many customers in many industries. Many different sizes as well.

So I think it’s safe to say that I have a lot of experience in the sales field that I’m happy to share.

Michael : Just to add a little bit more context – Where it is you sell? What sort of products and services, to what sort of companies, and what sort of customers do you sell to?

Willem : I basically sell to – let’s say – all industries. Where I do have my preferences. Working with and for Oracle we sell software – Business software, business applications, databases. Literally anything that you can think of that a business might benefit from.

And my field of business is the top-middle market, small international companies up to the very large ones – The multi-national, across the globe companies.

Michael : You said that you had some specific industries that you do particularly well in – Can you name some names?

Willem : Basically everything except government. I did sell to government organisations, and I have to say given my character and what I do I give my best in more commercial industries – financial services, the manufacturing markets, whole sale, retail – those sorts of markets.

Michael : And what sort of markets do you sell to?

Willem : I’d normally sell to the higher management in companies. So that would be anyone from the top offices to the mid-levels, or two levels down in the large companies.

Michael : Very top-level, what do you think are some of the key behaviours of a successful sales person, or yourself when you’re selling?

Willem : Looking at myself – And I’ve been successful, so I can only judge the behaviour that has led me to success.

And another thing that I think is key is passion. You have to believe that what you’re doing is the right thing – for the customer and for yourself.

Michael : Let’s look at this as a specific sales cycle. When for you does a sale start? What’s the first thing that you do at the start of a sale?

Willem : Well that’s interesting because many people will most likely say that it starts with the first contact with the customer and for me it starts months earlier. For me I build a profile of what I would like to sell. That could be anything, from which market show signs of interest, what does it do, what are the benefits to customers, what sort of market should they be in, what speed are they growing in, are they competitive or not competitive.

So I have this checking list in regards to the solution that I would like to sell.

Michael : OK – You’ve done the checking question – What comes next?

Willem : Basically with my checklist I map the market and check companies against my checklist. So I look up a company that I think might have the right problem for my solution and I start to tick boxes to see if they match my profile.

Michael : So they match your profile, what happens next?

Willem : The next thing is that if I find a company that matches – hopefully the whole profile – then we might get a deal. But if they match most of the questions on my list that might be good as well.

And then what I do is build a short business case. It’s a business scenario that describes the business value in very simple terms and it also describes who I think is the initial target.

‘This is what I do, this is the research that I’ve done on the market, this is my proposal and I think that we should discuss this.’

Michael : And when it comes to the first meeting, what are the things that you want to achieve?

Willem : I want to build some sort of rapport, to be on an equal playing field – if that’s the right way of phrasing it. And again, at the end of the meeting they have to be interested. Also I’d like them to be just a little bit confused as to what I do to keep their minds going.

And they need to be curious enough to invite me to the next meeting. So those are the states that I would like to have them in – particularly curious and slightly confused.

Michael : And what sort of level, or person, would you actually like to go and see right at the beginning?

Willem : I’d normally aim for somebody just below the top level. Let’s say for example that I was selling to procurement. I would not necessarily go for the guy at the top, the CEO, I’d normally go for somebody right below that. Somebody with a strong influence in the company but that reports in to another boss.

Michael : OK, so you’ve got contact now, you’ve had your first meeting – What is the next key stage as far as you’re concerned?

Willem : The next stage is of course the second meeting that I’ve just talked about – They need to be willing to invite me again, to discuss further. And in that meeting the first thing that I do is to lay out the outcome ‘This is what we need to achieve’. And of course we need to agree that – that potential outcome.

Michael : So how we’re going to do it and whose going get involved?

Willem : Yes, that kind of thing.

Michael : OK, moving on from that – What happens towards the end of a sales cycle? When does the sale end?

Willem : It’s interesting. It depends on what you call a sell. I’m tempted to say that a sell ends with signing of a contract, which obviously is a very, very important moment – But to me the sale never ends. So I could answer either with a contract, or never.

Michael : OK. Let’s just take the contract, the minimum bit of the sale – I’d like to go back an ask you about the sale never ending, because I think that it’s a very interesting idea.

But if you take the sale of the contract that’s just been signed, is there anything that happens after it’s been signed that are still of genuine interest – of genuine importance to you?

So you have to see it through in the process – if there is anything else that they need you may change over the process as well. So I just try to keep on top of it.

Michael : Now, you’ve mentioned before this about that the sale never ends, or that you’re continually building on the next and the next, and the next idea – How do you actually go about doing that? Are there specific things that you do to keep it open?

Willem : Even before I start selling the initial deal – the first signing of the contract – I have already gone through my head on what I’d like to do next. The only thing I don’t do is disclose that to the customer already, so we focus on the first project at hand – Where I know what the next steps will be as far as I’m concerned.

So that’s the immediate mode that I go into. Once we’ve signed the contract I go to the next step in my head and try to convince the customer to come with me. And I need to be leading in the process, so one of the skills that I put in there is leading them through that process. I guide them to where they want to go.

Michael : You guide them to wherever they want to go. OK, we’ve talked about the process, what sort of emotion states – we’ve done quite a lot of talking about emotional states, or emotional and physical states – What do you think are some of the absolutely key states for successful sales people to be in in this sort of sale – for them to access?

Willem : I mentioned honesty before, which is a state that you have to be in continuously because that’s important in selling – selling larger deals and more important deals. Self confidence is something that you should show always. And stay positive.

Show passion, stay positive and belief in what you’re selling.

Michael : Self confidence, honesty, passion, belief in what you’re selling.

Willem : Yes, those would be the main things.

Michael : Moving on from that, and actually building on it a little bit – What sort of beliefs do you have about yourself as you’re selling?

Michael : What’s your identity? Who are you when you sell? Do you have a particular personal mission or vision?

Willem : That’s an interesting question and it makes me think a lot about the answer. But I see myself as a winner. That’s the one thing that I picture myself as in this process – a winner.

And if I win the customer wins as well, because I’ve got a good business proposal.

Michael : OK, so you win yourself, and you win for the customer. Maybe a bit of a strange question, but if you had to describe the process as a metaphor, a cartoon, anything even slightly different – how would you describe it?

Willem : Well I like selling, and it gives me a good energy, so I’m very positive about being in a sales situation. So for me it feels that the best metaphor to use would be a party that I organise – and we have a lot of fun in that party.

Michael : OK. A lot of fun in that party. And as we’re coming to the end of this discussion, is there anything that you would like to add because it’s important and we haven’t talked about it, or emphasise because you think it’s absolutely key?

Willem : One thing I would like to stress, and I know I have done a few times during this short interview is the state to be in is where honesty is absolutely key. In order to do that you need the self confidence, always – because that’s important as well.

And the other thing is the passion, because you can’t fake passion. And if you’ve got real passion that’s very hard to resist.

So if you’ve got these three things always – and I stress the word always, because it has to be consistent in order to be real – if you show these things always, you will be successful.

Michael : OK, thank you very much for your time.

Back to: NLP Business Development

Read about  our NLP Business Practitioner on our Business NLP Training Website.