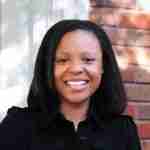 (Please allow up the two minutes for the MP3 file to download if you would like to listen to the discussion.)

Michael : Good morning Ashley. Firstly I’d really like to thank you for taking part in this podcast.

Michael :To kick off, for our listeners benefit, would you like to give a brief introduction of who you are and what you do?

Ashley : My name is Ashely Hunter and I am the owner and president of HM Rich group, and we’re an international insurance brokerage specializing in projects that take place in the Middle East and parts of India.

Michael : And what experience do you have that gives you that expertise in international sales?

Ashley : Well basically how I got into it was on the smaller side in terms of domestics and the United states and just got a lot of mentors that were able to help me develop contacts in the Middle East – it’s about speaking about insurance in somebody else’s terms, in a way that they’d be able to understand.

Michael : Where does your main experience lie as far as product or service, and regional area?

Ashley : My main focus or area would be in construction and in development and in the private security sector, and focusing on projects in the Middle East, specifically in Iraq and the United Arab Emirates and parts of Northern Africa.

Michael : Now within the markets that you work, what do you think some of the biggest challenges that people have in selling?

Ashley : I think the biggest challenge is, number one, is going to be the language barrier, because basically what you’ve got is an English speaker, and a person whose second language is English, and so the language barrier of what we consider one word to mean, and what they will consider that would to mean – sometimes it poses for interesting conversation.

I would also say that when you’re trying to work with different cultures, how people interact with each other, its completely different. What time they will actually do business with you, what day of the week they will do business with you – so I think between languages and how the cultures tend to interact with each other, it makes for interesting conversations.

The first time you speak with someone it’s a hurdle trying to not step on anyones toes.

Michael : Is there anything that you’d add to language and culture, or do you think those are the main issues?

Ashley : I think language and culture are the main issues that I’ve experienced, in my business experience, because everything else is pretty natural. It’s business, so it’s universal.

Michael : Can you give an example of how you’ve approached it yourself? What have you done to get over, say, the language issue?

Ashley : I’ve actually started taking Arabic, and I’ve met with people whose first language is English and they’re fluent in Arabic, and used them as translators – and then myself – because there’s nothing better than being able to speak the language of the person that you’ll do business with.

Michael : You’ve talked about language and culture, is there a case history where you’ve been successful selling to one of these other countries?

Ashley : It’s kind of interesting. When I went to the Middle East for the first time they were having a little issue because while they do business with women, they’re not really as gun-ho about doing business with women, so I remember they would talk to my partner, who’s a man, who knows absolutely nothing about insurance other than he’s a man.

So, probably an hour into talking to this guy he shakes it head and looks at me to say ‘I have absolutely no idea what you’re talking about?’ and they’re like ‘Why are we talking to you?’ And he’s like ‘I don’t know, you should probably be talking to her.’

So after the first hour or so, after talking to somebody who had no clue, and me not being tapped in to what’s going on because they’re not talking to me, I think we got over it. And finally now, they call me about everything. I think basically, they’ve become accustomed to women that aren’t in a position where they have control or power, so it is very interesting for them to turn around to the idea that ‘there’s a guy here and he doesn’t know what’s going on’ or a woman that ‘knows whats going on’.

So that was kind of funny. And now I’m kind of the authority, and they’ll say ‘Let’s go to the American woman.’ So I’m known as ‘The American Woman’.

Michael : Now, if you were looking to recruit a salesperson yourself, for the sort of roles that you’re talking about – how would you know who to chose?

Ashley : I think it’s more about personality. I’ve basically created my company the European way, so I recruit new people to sell for me I try and recruit somebody who’s going to fit the familly and fan the atmosphere. To be good at sales can mean to be very cut-throat or to be very much about yourself – we want to create an environment where people generally care about the person that you’re working with and the person that you’re working for.

Michael :And how do you tell whether somebody is like that?

Ashley : For me, I can tell in the first ten minutes. Just after talking to someone – Some people put on a personality for an interview or something like that, but I think that personality is something that you can not fake, and personality, you as a person, you can’t fake that – so what we do is something that we call group interviews, and we group interview with everybody in the company because you get a very different idea of that one person from what they’re saying.

Michael : So looking at yourself – you’ve talked about it to some extent, – How do you keep your own skills and motivation right for purpose?

Ashley : I’m in different groups where there are different entrepreneurs and they’re all very motivating. I read a lot, I take lots and lots of classes, in insurance, as far as construction is concerned and development. And then basically I read about developing countries all of the time, just whats going on in the world – reading their papers, trying to find out what the next deal is and just what their plan is for the next five to ten years.

So I think that if you love what you do and that you genuinely care about that people that you’re trying to do business with, you’ll be successful.

Ashley : If there’s anybody that has any need for international products, in terms of insurance that needs their concern – I would love the opportunity to look at your business and explore opportunities and how my company can help you grow and protect yourself.

Michael : Excellent. And can you give us your contact details?

Michael :Thank you very much for sharing your experience with us.

Ashley : Thank you Michael, I appreciate it.

Back to: NLP Business Development

Read about  our NLP Business Practitioner on our Business NLP Training Website.