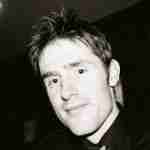 MICHAEL: And really to kick it off could you give a brief introduction about yourself and what you do.

So for people in the NLP field what that basically means is taking a lot of NLP and applying it into context of helping graduates secure jobs with leading financial services and other employers. And also, bringing the communication and some of the best skills of what NLP’s got into the context of professional performance, to help people improve how they perform in companies and also rapidly develop the sort of skills to be able to perform and get to the next level of their career.

MICHAEL: That’s excellent. Because it leads me into the next question: What experience do you have of NLP yourself?

TOM: I’m a trainer of NLP from the Society of NLP and I’ve been studying and learning NLP and practicing NLP for ten years now. And during that time I’ve done a number of trainings.

Most of the time the types of training I do are more NLP specific applications, anything from the point of view of professional context, dealing with motivation to talking about talent from a training point of view, teaching graduates and all post-graduate people how to anchor and fundamental NLP skills that they can use in their professional work environment.*

MICHAEL: And how has NLP helped you?

TOM: Dramatically. NLP, personally for me has been a fantastic set of skills I initially came across from Anthony Robbins. I was reading a book that Tony Robbins put together and I suppose doing NLP for many years before that.

One of the keys things that NLP did was be able to give a lot of terminology and also some fantastic and brilliant tools and techniques. Along with the attitude NLP has had a massive impact on my own life personally and enabled me to make some quite dramatic shifts for myself. NLP has also enabled me help my family.

My mother, for example, suffered excessive brain damage and spent four months in hospital two years ago and my NLP skills and learning dramatically assisted in context of having her being able to differentiate between what was real and not real.

Being able to manage in the context of my own family, and as you know yourself Michael, when you’re dealing with something as emotive as that, when you’re about to meet somebody you love in a very traumatic situation, having the skills to be able to constantly influence, buffer and manoeuvre people’s consciousness in a positive way can have dramatic benefits. So for me personally, in that context it was extremely good.

MICHAEL: That leads onto the next question. If you were to look onto your own career in three ways which of these would you say NLP has helped more: building on your existing career, enabling you to different or wider things within your current carrer, or actually enabling you to do something totally different.

TOM: It’s probably a mix between the second and last one. I initially started working in a strict technology environment having nothing really to do with people in the sense of people in a therapeutic change or also a professional training context. Where I am now is in a dramatically different space. It’s been a kind of evolution as to somewhere I wanted to head. It would definitely be a mix between the last two.

MICHAEL: Now, I don’t want to make NLP the complete meaning of life, death and the universe. So let me ask you: to be as successful as you are now, what other things in addition to NLP have helped you?

TOM: One is perseverance, another is learning, firstly and foremost you’re a human being. Basically, what I mean, is that you put in your own package and your own problems and also strengths and talents.

So for me and my team, it’s allowed me to amplify some of the core strengths I already have, being able to create a ferocious appetite for learning, which I’ve always had has been very important. I’ve also very strong people and personal skills, which I had long before I ame into NLP.
*
The other things which are really important are a definite sense of curiosity and a constant willingness to push boundaries. It’s also about being willing to look beyond what you’re doing and being open to the fact that you’re probably wrong about your own thinking and understanding.

MICHAEL: I like that. If somebody listening to this was interested in doing NLP but they hadn’t done any training yet, what advice would you give them?

TOM: First is to get really clear about what their outcome is. What is it they want. My own personal experience, I’ve seen a lot of people go into NLP and possibly doing a practitioner without having a clear outcome in mind. They just like the coolness of it. I think that’s a disadvantage of coming into NLP and trying to learn it for new, partly because you don’t have something you what to play at afterwards.

It’s very important when you learn NLP skills, even within a fantastic training environment is that, take the time out, save the training process to outward behaviour. And so if you want to get really good at NLP, already have in mind how you’re going to use it, where are you going to use it.

Initially start small but then you can burst from beyond that, once you’ve got that down. But if you’re just going in to expect somebody to just dump a load of information and think it’s going to be unconscious installation all of that, I think that that’s a mistake if you’re a new person coming into NLP. Secondly is pick a good trainer.

Evaluate the trainer in advance and find out do they really care about the field of NLP? Do they care about their own standards? And, in addition to that, are they able to express it in a way that makes sense for your learning. That’s what I’d say to anyone that wanted to start in NLP.

MICHAEL: OK, moving on from that, if somebody had just finished an NLP training, what advice would you give them or what would you ask them to think about?

TOM: Someone said to me the same thing Richard Bandler said to me once when I was speaking to him about NLPers and that is to be distrustful of believing yourself to be right if you can’t make that shift whether it’s for yourself or for others.

And so if you have done that, get out and use it, and when you run into the natural limitations of your knowledge base, your skill-set, look to stretch beyond it. I’ve seen too many NLPers who’ve been trained by excellent trainers, come out, then they identify with EFT or some other type of emotional freedom which often have their strengths.

They don’t invest the time to really begin to master, and it is a beginning to master, not master, the process of NLP. So they end up moving on to the next thing before they really have got NLP down, and by that I mean is having a strong level of competency with it.

So if you have, if you are, practitioner, master practitioner, make sure you take the time to output it. And hey, if you do something that doesn’t work than look what you can do, what needs to change in order for you to get the result that you want, rather than thinking this particular technique doesn’t work, this isn’t working, or NLP isn’t working, which are extremely limiting beliefs.

MICHAEL: Before I ask you to give your contact details so people who choose could know where to contact you, is there anything else you’d add about NLP or any other pieces of advice or view or direction you’d give anybody that’s either started doing NLP or is already doing it?

TOM: For me personally, I think NLP and applying it your life is a very personal thing. If you’re coming into the field there are a lot of great trainers out there and great people that you can learn from. The art is to make sure you find what works and make it your own. Nobody owns, so to speak, the exclusive rights on everything that is NLP.

Obviously, Dr Bandler and John Grinder, created the field and have come up with so much from it, but in order for the field to be able to expand and go beyond, we all need to take responsibility for saying what are we going to add, how are we going to take NLP and expand its reach.

And also, from our own personal point of view, with looking at where can we develop new techniques and skills ourselves that would benefit ourselves and others. And one final thing, certainly if you’re a new person in NLP, as can happen you might become fearful of applying your tool or you don’t want to put somebody into a trance because only its trainer can do that. So allow yourself to make mistakes. If you don’t allow yourself to make mistakes and lots of them then you’re going to restrict your learning massively and you’re barely going to touch the surface of what’s the potential of using and applying NLP.

MICHAEL: Thanks for that, Tom. Where can people contact you?