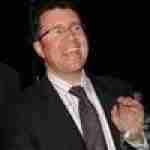 Michael: – Firstly would you introduce yourself? Who you are and what you do?

Stuart: – My name is Stuart Pedley-Smith. I work for a company called Kaplan Financial. And what we do is prepare people to sit their final level accountancy exams. And also, more recently look for methods for preparing people for CPD, the continued professional development element of becoming an accountant.

Michael: – What does CPD mean as far as the accountancy profession goes?

Stuart: – The qualification in the exam is only one sort of element of training, all professional bodies have become keen to ensure that their membership remain up to date. So all qualified accountants now are required to undertake a degree of continued professional development to keep up to date with their subject.

Michael: – What experience of NLP do you have?

Stuart: – I’ve been involved in NLP for the best part of ten years now. And I came to do it by being particularly interested in how you can put words and language together to influence people, also as a professional presenter, with a view to influence so not only would they listen to what I would say, but also they would take action.

Michael: – And looking back, how would you say that NLP has helped you in your career?

Stuart: – I suppose to a certain extent all of them. It’s useful to have a framework in which to sit the things that you’ve done, looking back against it. But also it makes you very much aware of things that are out there that you haven’t tried, so instead of thinking I’ve done this and this works, now that same framework can give you an opportunity to sort of practice something you haven’t even thought about.

Michael: – Has it enabled you to do anything that you didn’t do before?

Stuart: – I’m not sure I’m objective enough to know that but I would say it’s resulted in a change of attitude towards certain things. It’s inspired me to try different things. I’m a little bit more relaxed about, well let’s see if that works and if it doesn’t then I’ve moved forward because I’ve learnt something new.

Michael: – If somebody had an interest in NLP but hadn’t taken any training yet, what advice would you give them?

Stuart: – As you know I came to you for my NLP training, I probably did it the wrong way round and had actually read quite a bit about it before I actually got there. I think that’s more difficult because sometimes it doesn’t come to life from the books. I would say just go on an NLP course or a taster session before they start reading. Or maybe just skim the books initially. I think you need a good book or some good material. But you also need the personal experience that you can only get from an NLP course.

Michael: – And if somebody had just finished their first training, what advice would you give them as far as keeping their skills up to date and making sure they use what they’ve done?

Stuart: – Try to read or put into practice something every single day. I think that’s difficult if you’re not a member of some practice group. I’m fortunate in that I have a live audience every single day to try things out on. And so I get the opportunity to practice. But I think it’s consciously catching yourself doing things and trying to be your own coach to an extent. But I would say a practice group would be a great idea if somebody’s got something close to them. Failing that read the news letter, take part on the discussion boards. Once you get into the network there are lots of things that come your way.

Michael: – Thanks, before I ask you for your contact details, is there any other piece of advice or any other thoughts that you might just like to give about the subject of NLP?

Stuart: – When I did my NLP, I probably sat there- (the course that you do is modular- which was one of the reasons I was keen to do it). I probably sat there for two modules over a period of six months and I probably sat there looking around the room thinking – this isn’t working for me, I’m not sure I’m getting this, I’m not even sure I should be in the room here. But having persevered and stuck with it and then got back for another module, listened to what people said it really came together.

I was very pleased that I went through the exercises almost without questioning them first, because I think if I questioned them first, with the way I think about things I would have analysed them to death. So go along, do the exercises, give yourself a break in between. Think about how it could be applied and how it does work in the real world. Go back, and you know, do it over a slightly longer period.

I think sometimes if it’s rushed you’ll just go out the other end and go, “Oh, I just finished that” and you’ve never really finished. I’ve certainly not finished…….