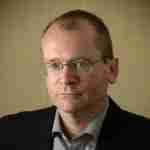 Michael: Would you please begin by introducing yourself?

Dean: My name is Dean Bennett. I work for myself freelance as a learning and development consultant, which means I either work directly with corporates or as an associate with various other consultancies, providing expertise to them

Michael: Is that in the UK or wider?

Dean: I work across the UK, in Europe, in Asia and into the States as well.*

Michael: And what do you do?

Dean: Generally I am focusing on personal performance, right through time management to visioning the future, understanding yourself and where you are going, interpersonal skill, communications, influencing, through to networking and building communities, and then taking that into the context of either management, leadership or understanding wider organizational cultures.

Michael: What sort of companies do you work with?

Dean: I work with Atos Consulting, who are a French-based company that bought out the KPMG consulting arm after the Sarbanes-Oxley rules came in, with Acteva a healthcare supplier; I have a history of having been employed by Barclays Bank and also right down to an individual in Essex who is a hypno-therapist.

Michael: What experience with NLP do you have?

Dean: An interesting question. If I think about it in hindsight, my experience with NLP has probably been a large part of my life. Generally the skills, the tools, the models have always been around and for me NLP pulls those together into a structure.

More formally I first came across NLP about 18 or 19 years ago, at a couple of sessions at a place called Ruffy Park. It was about two and a half years ago when I really started looking more seriously at it. And since then I have gone through Practitioner and Master Practitioner – my formal qualifications.

Michael: How do you think NLP has helped you, with particular regard to your existing career, or the career you had at that time, building on that career, or enabling you to do different things?

Dean: I think it has worked in a series of ways, Michael, and it’s worked in the sense of giving me a framework. One of the things I like about NLP is that it provides a structural framework, to work from rather than to work to. It gives some kind of structure, some kind of logic, a way of hanging other things off it. It also helps in the sense of a common language.

Michael: I’m interested in that. How does a common language help?

Dean: In most professions or areas, having a jargon can short-cut a lot of understanding and conversations, and also pin things down a bit more. So the fact that you have things like the meta model and presuppositions which mean very specific things in NLP.

A lot of our language is slightly complex for a language-based system, but it does have specific meanings in that context so talking to other practitioners is an easy way of sharing concepts and ideas and moving things on more quickly without having to explain everything in detail every time.

Michael: You talked about structure and common language, is there anything else?

Dean: Well there is a useful set of tools for understanding how individuals deal with themselves, and think about themselves, and also how you interact with other people. So fundamentally, it provides a good solid foundation for the kind of work that I do.

I can bring in other influencing techniques and match them with it. So the actual tools are very powerful. At another level you’ve got a formal, recognized qualification or accreditation, and that means something in the marketplace I work in, because now it’s so widely known.

Michael: Is there anything you are now able to do, you weren’t able to do so well before?

Dean: Lots of things probably. Some of the presuppositions, so for instance, like the meaning of the communication response you get. Having that kind of approach enables you to build on ideas and makes things a lot more powerful and fast.

Michael: What, other than NLP, has helped you achieve your successes to-date?
Dean: I think the key for the market that I am in, is experience – the fact that I have been in the corporate world since I was 18. And I have worked in various parts of the corporate culture and environment.

In talking to clients, facing up to senior directors or senior board people at various organizations, there is a certain presence, for want of a better word, purely because that’s what I am. Somebody once said to me before I went out on my own, “If they cut you through, you’re corporate. You can’t help it — you walk like it, you talk like it, you haven’t got a choice – you’re just soaked in it.”

So that gives context to what you are talking about. That gives you a lot more credibility. Also it means I can explore things with people because I can understand where they are coming from.

And I’ve got the experience on which to set what they are telling me.

Michael: Would it be fair to say that NLP has enabled you to grow and develop some of the skills you already had?

Dean: Definitely and that’s one of the things with NLP. It’s based on what’s there already, so what it’s done is almost like a nurturing tool, in that it takes what’s normal and already there, and shows you how to accelerate it.

It is like giving the right fertilizer to a plant or the right nurturing care to something to make it grow better. That’s part of the major power of it. And I think there’s a danger in making it too complex instead of realizing that what it’s doing is taking what you do already, and strengthening it. You can easily get lost in trying to apply things in too complex a way. It should be intuitive and subliminal. And if you try to do too much it doesn’t work because you are almost over the top with it.

Michael: What advice would you give somebody who is thinking of taking NLP training?

The next thing then is do your development work over a period in small bits. I did my practitioner course in a straight seven day event and in a sense it was too much in one time to really absorb it properly. I suggest you do it in modules. Then, take bits to start with and use them. NLP is a practice not a theory so you have to play with it to get it to work.

Michael: If you are giving that advice to someone who is just starting their training is there anything that you would add?

Dean: I think one of the best ways of developing it, is to pick up a project or a specific area in which you want to try and apply it, because then it starts becoming real. So for instance for me at the moment, it’s about conversational change. So I can take something like sleight of mouth or some influencing techniques and apply NLP to those. Use it in the context of trying to make a specific difference.

I was working recently with a family member. And this woman had developed a block that had to do with horse riding. This woman had been riding horses since she was tiny, so there was no reason why she should have this block. But the technique worked with a conversation, an hour long conversation. I was very much conscious of the fact that what I wanted to do was not to sit down and do anything particularly onerous or appeared heavy, but to have a chat, and within that chat to bring out various things.

For instance, getting her to visualize what ever the block was, what ever the worry was, and to put it somewhere safe for later. And just talk about things so you have a conversation. Talk about that for awhile, and then: If you held it in your hands what would it be like? So where can you put it so it would be useful rather than get it in your head and worrying? So you do it in a conversational style, trying to take all the techniques, like visioning or chunking up or chunking down, and throw it into conversation making it natural.

At the end, the comment she said was that she knew I’d done something, but couldn’t work out what it was. Something had shifted because at the end of it the problem was gone. So that for me was the specific example of how I was trying to take the technology and apply them into my style into a way I wanted to perform.

There is a lot of stuff there that you can pull out of the drawer and use. It’s a set of tools and technologies that will apply for the rest of your life and become part of the way you do things. Therefore, find one that works really well and use it.

The easy analogy with people is that musicians only hear seven notes maybe twelve if you consider the sharps and flats. But it’s how you put it all together that makes a powerful symphony. So the idea for me is always find one or two things that you can really get to know inside and out, upside down, back to front, like a craftsman knows his tools, and really get to know that one aspect. Or two aspects that fit together. Then add another later. Then add another one later. And build it up in that way so it becomes part of your style, very natural.

Michael: Thank you very much for that. If anyone wants to get in touch, what’s the best place to do it?

Dean: My email address is: [email protected] The website is www.deanbennett.co.uk that also links to my blog. Also, my mobile is 07917302141.

Michael: Excellent. Thank you very much

Dean: You are every welcome Michael.